IT'S THE ONLY WAY TO SAVE US

R: 3 / I: 1
There is a board quality problem on /soy/ right now for the last couple of days there are really bad posts like this one >>/soy/68765 being made by some shitty posters from /qa/.
Can something be done about this? I feel like a lot of random posts that are low quality and especially not soyjak related should be deleted (preferable) or moved to /b/.

R: 2 / I: 0
I know this should be in a different board, but 4chan should be deleted for good. It's not interesting to go there anymore.

R: 3 / I: 1
We need automatic bans. I am sorry for some chuds, but some douchebag keeps whining about us to kill ourselves and calls us Twitter immigrants.

R: 1 / I: 0
When I was 10, I sexually assaulted a few kids the same age from school and groups I attended. We were all 10. If I was 20 and them 10, I would probably to jail, but because we were the same age, nobody ever brought serious attention to it. At some point I got really rough and I mean it, I was a bit hypersexual as a child and exposed to porn and had nobody that would be the same, so I had to release my urges somehow. Because I became really rough, the guy *probably told this to his parents and they probably told this at school, because we were both interviewed by school psychologist about the happenings. Oddly enough, we were both in the same room and I don't really remember much out of it, but some moments and he obviously never said anything on me and it was pretty much ignored.

When we were 13, the guy said he no longer remembers why we were here or what was the point of that, it honestly scared me a lot.
We are both the same age, but he's gone a bit weird, I don't see much into his life, so don't want to come up with conclusion, maybe it's completely unrelated.

I'm a bit worried I caused to this specific guy some trauma, because specially to this guy, I was really rough, some could say it was a violent rape, if I were only a bit stronger, I would have got him.

This is a confession I can only confess here and to no one else. But I'm also a bit worried, what happens if I ever become a bit more known and suddenly some kids started throwing rape charges on me? How is this going to affect my reputation huh? What about this guy that may suffer from PTSD, because he's really strange in RL. I sometimes tend to see him, he got really introverted and closed to himself. What if he is going to kill me in the future once he realizes what I've done to him? Really funny though… Would do it again though the only thing, I would wanted to be stronger, because I just couldn't rape them successfully, they fought back really good and we were all equally strong. That was really annoying, so 90% of my attempts were rather unsuccessful.

R: 9 / I: 7
add /wiki/ for meta discussion around the wiki and wiki editing

R: 6 / I: 1
Soooty boots, please consider registering soyak.party with bat so you can claim the monies I sent you for this gem of a website. Tipping chuds for gem posts would be cool too.
Sites like https://www.memeatlas.com/wojak-memes have it enabled. It doesn’t require anything to be on the website and makes no difference to chuds not using the basedbrave(tm) browser

> Instead of forcing website visitors to view ads or imposing a paywall, content creators receive BAT when visitors use the Brave Browser and tip the website owner. The time (attention span) spent at a website also counts towards revenue share. Authors also receive BAT payments for the attention devoted to their content.

R: 97 / I: 50 (sticky)
alright, banners should be working, if you have any new ones or any issues, please reply to this thread.

R: 6 / I: 0
ADD THE WIKI TO THE CUSTOM NAVIGATION LIST ABOVE

i love this place

i fucking love this site, why does it redirect sometimes to places ublock blocks?

So we can discuss comics and post our drawings

R: 1 / I: 0
use mediawiki: https://www.mediawiki.org/wiki/Special:MyLanguage/Download

a text only board where we can develop and share asciijaks

R: 10 / I: 3
with the creation of /webm/ i've got an idea
what if we use a site like watch2gether or something similar
to play and react to youtube videos that anyone can request!

Fix or remove automated message bullshit. Sometimes, I just want to post a reasonable comment and it just shows that damn "YoUr MeSsAgE lOoKs AuToMaTeD tHeReFoRe YoU cAn'T pOsT iT".

R: 8 / I: 2
Add the ability to delete posts made by other users without a password

R: 7 / I: 0
MAKE ME A MOD NOW
IM TIRED OF SEEING THOUGHERS AND NOTHING BEING DONE ABOUT IT

if you do, there will be a guaranteed exodus of orangechads from /vt/

I want /co/ board for this site since /co/ can be full of coomers and Tumblist and the normal ones are a bit rare and likable. At least to me.

R: 4 / I: 0
Add a pony board
I want to discuss this video I used to mess around with in Audacity when I was 10 (I'm 16 now so not underage but still underage on 4cuck) 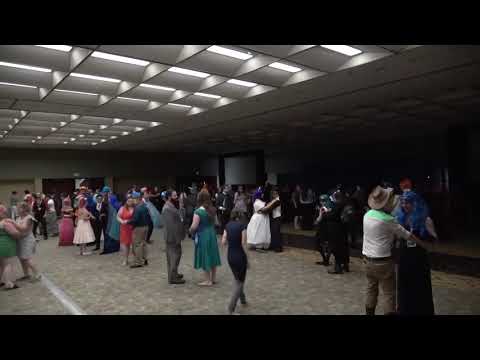 The body was too short or empty.